Skip to content
Tweet
Well it’s been an exciting weekend, what with the fallout of various political parties due to the (to some surprising) results of the UK’s referendum.
The journalists, as usual, are doing an outstanding job of reporting mass chaos. The dropping pound, crashing house prices (some predicted 20% drops) and all time low consumer confidence. That’s all good and well, but personally I think it’s a bit soon to make such wild predictions (ahem – assumptions) over one single weekend right after the referendum results.
Many a property investor, myself included, have already come out and spoke of the opportunity these times represent. Let’s look at what’s happening, and my thoughts on the short-medium term. Naturally as with any of these predictions, it’s only my view as a property person with nearly 6 years of experience in the Tamworth property market. I don’t have a crystal ball, but here is my 2p worth: 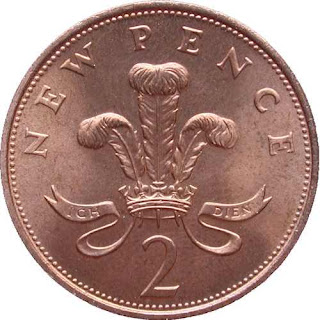 So there you have it. In essence I think the momentum the property market has gathered over the last few years will remain, but there will be different players in the property game. What are your thoughts? Share in the comments below.
If you are looking for a portfolio review, or perhaps you are looking for advice to make your investments (current and future) yield better results then contact me on lorraine@hallandthompson.co.uk. I help investors like you make better returns on their investment. I have done so, with proven results. If you are interested in taking the next step on your investment adventure then reach out and I will expertly guide you through the process. I am actively looking for clients to invest with and for to expand the current successful portfolio.
Tweet

It’s 5.50am as I start to type this article and David Dimbleby has just announced the UK will be leaving the EU as the final votes are counted. As most of the polls suggested a Remain Vote, it came as a surprise to most people, including the City. The Pound has dropped 6% this morning after the City Whiz kids got their predictions wrong and MP’s from the Remain camp are using words like “challenging times ahead”.
.. and now the vote has been made .. what next for the 16.78m British  homeowners especially the 8.69m of those British  homeowners with a mortgage?
The Chancellor in the campaign suggested property prices would drop by 18%. Using Treasury estimates, their method of calculating this was tenuous at best, but focused around the abrupt and hasty increase in UK interest rates, which in turn would raise the cost of mortgages, and therefore lower demand for property, causing a drop in property prices.… and I would say, yes .. that will probably happen.
British  Property Values
British property values will probably drop in the coming 12 to 18 months – but by 18% – I am sorry I find that a little pessimistic and believe that figure was rhetoric to get homeowners and landlords to vote in a particular way. But the UK property market is quite a monster.

Since the last In/Out EU Referendum in June 1975, property values in Britiain have risen by 1750.93%

(That isn’t a typo) and whilst property prices did drop nationally by 18.7% between the peak of 2007 and bottom of the market in 2009, when one compares property values today in the country, compared to that all-time high of 2007, (the period before the financial crisis of the Credit Crunch of 2008/9) .. they are still up 10.14% higher.
Another Credit Crunch?
And so, notwithstanding the Credit Crunch, the worst global economic outlook since the 1930s and the recession it brought us, a matter of a few years later, the Government were panicking in 2012/3/4 that the housing market was a runaway train.
Now the same Credit Crunch doom-mongers and Sooth-Sayers that predicted soup kitchens in 2008/9 are predicting Brexit meltdown. Bad news sells newspapers. Stock markets may rise, stock markets may fall, yet the British public continued to buy property in 2009/10 and beyond. Aspiring first time buyers and buy to let landlords dusted themselves down, took a deep breath and carried on buying… because us Brit’s love our Bricks and Mortar .. we need a roof over our head.
However, as mentioned previously, if the value of the pound drops, in the past UK Interest Rates have risen to reverse that drop. However, whilst a cheaper pound will make your pint of Sangria a little more expensive on your Spanish holiday this year and make your brand new BMW pricer .. it will make British export cheaper! Which is great for the economy.
Interest rates
… and what of interest rates? Since 2009, interest rates have been at 0.5% and lots of people have become accustomed to those sorts of levels. So what if interest rates rise .. end of the world? Interest rates in the 1986/88 property boom were on average 9.25%, the 1990’s they were on average around 6.5% and uber-boom years (when UK property values were rising by 20% a year for three or four straight years across the UK) .. 4.5%. Many of you reading this who are in their 50’s and older will remember interest rates at 15%.
But I suspect interest rates won’t rise that much anyway, as Mark Carney (Chief of the Bank Of England) knows, raising interest rates causes deflation – which is the last thing the British economy needs at the moment. In fact they have been printing money (aka Quantitative Easing) for the last few years (which causes inflation) to the tune of £375bn a month. A bit of inflation because the pound has slipped on the money markets (not too much mind you) might be a good thing?
.. because whilst property values might drop in the country, they will bounce back. It’s only a paper loss.. because it only becomes real if you sell. And if you have to sell, again as most people move up market when they sell, whilst your property might have dropped by 5% or 10%, the one you want to buy would have dropped by the same 5% to 10% .. and here is the best part – (and work your sums out) you would actually be better off because the more expensive property you would be purchasing would have come down in value (in actual pound notes) than the one you are selling.

The British landlords of the 4.3m British buy to let properties have nothing to fear neither, nor do the 10.11m tenants living in their properties.

Buy to let is a long term investment. I think there might even be some buy to let bargains in the coming months as some people, irrespective of evidence, panic.  Even if we pull up the drawbridge at Dover and immigration stopped today, the British population will still increase at a rate that will exceed the current property building level. Britain is building 139,600 properties a year, but needs according to the eminent ‘Barker Review of Housing Supply Report’, the country needs to build about 250,000 properties a year to even stand still, and as the the birth rate is increasing, the population is living longer and just under a quarter of all UK households now are occupied by a single person demand is only going up whilst supply is stifled. Greater demand than supply equals higher prices. That is definitely a fact.
So, what will happen next?
Well, there are many challenges ahead. The country has spoken and we are now in unchartered territory – but we have been through a couple of World Wars, an Oil Crisis, Black Monday, Black Wednesday, 15% interest rates and a Credit Crunch … and we survived!
And the value of British property? It might have a short term wobble… but don’t panic because in the long term -it’s safe as houses regardless.
If you want to discuss your post Brexit investment strategy just email me at Lorraine@hallandthompson.co.uk
If you are thinking of getting into the property rental market and don’t know where to start, speak to us for impartial advice and guidance to get the best return on your investment. For more information about other potential investment properties that we could introduce you to, or to ask about our thoughts on your own investment choices, call us now on 01827 425195, you can always email me on Lorraine@hallandthompson.co.uk
Don’t forget to visit the links below to view back dated deals and Tamworth Property www.tamworthpropertyblog.co.uk
Blog, https://www.tamworthpropertyblog.co.uk/
Twitter, https://twitter.com/hallandthompson
LinkedIn, https://uk.linkedin.com/in/lorrainethompson2
Website, http://www.hallandthompson.co.uk/
Facebook, https://www.facebook.com/Hallandthompsonestateagents