Skip to content
Tweet
The 7th May 2015 is looming like a runaway train. All  the parties are furiously trying to win voters with policies and  promises of Utopia. 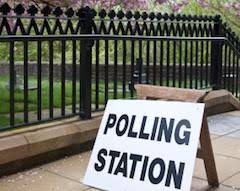 There are 43,864 renters in Tamworth, a large proportion of these are in private rented accommodation.  In what’s thought to be a a tight election, every vote is crucial.
The Conservatives believe that “Rent to Buy” is the solution, whereas Labour are in favour of rent caps and extended tenancy terms.

Since the turn of the Millennium, there has been a significant change in the proportion of people who own their own homes in Tamworth. In 2001, 73.15% of homes in Tamworth were owner occupied, today the figure is 68.23% a decline in such a short time.  Buy to let landlords find that young tenants are increasing in numbers because the young, say they can’t afford a deposit to buy, unless of course, parents finance them. Today’s young folk have different values, it used to be, that saving for a deposit was the number one priority and you went without to save up, now though owing a property is no longer high on their list.

After the war millions of council homes were built to keep up with the demand. Large council estates shot up from nowhere and Tamworth became known as the Birmingham overspill as large numbers of people flocked here to begin a new life.
Private house building also increased, and as the Country became more prosperous in the early 1970’s, there were more home owners than renters. As the population has steadily grown, the same cannot be said for the number of properties being built. In fact since the 1970’s, the number of new properties being built hasn’t kept up at the same rate. The boom in property prices hit us in the late 1980’s and again in 2004, are we due another boom? 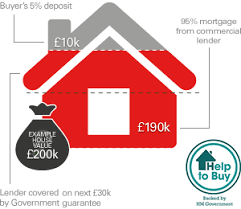 First time buyers have been able to obtain 95% mortgages since 2009. This should have helped them get on the property ladder, but as first time buyers save their deposit, house prices rise and their deposit is continually having to rise at the same rate. A treadmill that is not easy to get off!

New stricter mortgage rules introduced in 2014, means that most 20-25 something’s in Tamworth are renting instead of buying. We can’t blame landlords for this, they are not responsible for buying up all the property. For every mortgage approved for a landlord last year, three were approved for first time buyers!